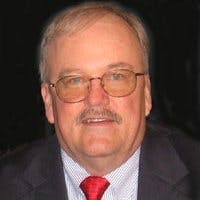 David Carlson has lived the history of rock 'n' roll. He was born the same year most scholars believe the first rock 'n' roll song was recorded, meaning he is older than dirt. He remembers going to Elvis movies at a drive-in theater, the Beatles first trip to America and even some parts of the psychedelic era. Throughout his life, he has been a student of the music. In the 1970s, he was an FM radio disc jockey, and he has amassed a giant collection of records, CDs and digital audio files. His primary job now is teaching about the future of media in the University of Florida College of Journalism and Communications, where he is the Cox/Palm Beach Post Professor of New Media Journalism and executive director of the Center for Media Innovation + Research. Before joining the faculty in 1993, Carlson had a distinguished career as a journalist. He recently was awarded the Society of Professional Journalists' highest honor for a member, the Wells Memorial Key.