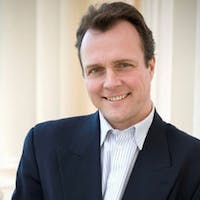 Julian's research focuses on issues of innovation and change in large multinational companies. He has published thirteen books including Reinventing Management and Becoming a Better Boss, and more than 80 articles in prestigious journals such as Harvard Business Review, Strategic Management Journal and Organization Science.

Julian is also active in management education and consulting, and speaks on a range of topics including management innovation, strategic agility, making innovation happen and corporate entrepreneurship. In 2013 he was ranked 39th on the Thinkers Fifty list of the most influential management thinkers in the world, and in 2014 he was named one of 'The World's Most Influential Scientific Minds 2014' in the eponymous Thomson Reuters report.

Managing the Company of the Future